MONUMENTAL as it surely is, Darwin’s opus does not contain a theory of evolution, at least in the scientific sense. It does not enable us to make verifiable predictions, the hallmark of validation for scientific theory. Many a-priori evolutionary outcomes could in principle result from within a scenario where selection pressure becomes operative. Darwin only explains the outcome ex-post-facto. If the giraffe’s neck can be explained, it is not entirely because of Darwin, but primarily because we have already seen a giraffe or a representation of it. And, by the way, the long neck is as much the outcome of adaptation as it is of the dwindling giraffe population in the ecological niche where high hanging fruits were to be found…  Just like Freud with the mysteries of the psyche, Darwin has not created a theory but rather a discourse. We have not managed to escape this discourse, just like we have not managed to elude Freud’s spell when it comes to explaining the psyche. Darwin bequest for us is a discourse that truly helps us come to grips with evolution, an enabling legacy and a most commendable one, but not a theory of evolution.

Like Freud’s, Darwin’s discourse has been grossly abused and misused. Perhaps the most common mistake by those who misread Darwin is the idea that evolution equates natural selection. The champions of natural selection abound and can be more dogmatic than medieval religious zealots. While the Western honeymoon with Darwin seems never-ending, other winds eventually rose from the East. By examining evolutionary patterns at the molecular level, mostly in the sequence of gene products, Motoo Kimura demonstrated with scientific rigor that natural selection is only one of the intervening forces that shapes evolutionary outcome, and not even the most important one. While most scientists acknowledge this towering achievement, at some level they also distrust the iconoclastic nature of the proposal, and this feeling may be secretly amplified by sheer ethnocentricity. Kimura’s “Neutral Theory of Evolution” contains a scientific theory where the importance of random drift is clearly delineated as a major determinant of evolutionary change. In recent work (see, for example, “Transformative Concepts for Drug Design: Target Wrapping”, Chapter 6), others and I have shown that random drift is likely to have a constructive role in promoting and enabling biological complexity at the molecular level. This complexity is cast in terms of the richness of associations or interactions of gene products, the hallmark of biological sophistication and subtlety.

This emerging picture built on Kimura’s shoulders surely will have its detractors, if it does not have them already: Much evolutionary change arising from random drift is mildly deleterious, weakening the structure of gene products, thereby compromising their functionality. Yet, as others and I have shown in previous work (Ariel Fernandez: Epistructural tension promotes protein associations. Physical Review Letters 108, 188102, 2012), these weaknesses are inherently sticky, meaning that they promote protein associations as the means to correct inter-molecularly the structural defects that arise in the free-standing molecule from the degradation brought about by random drift.

Evolutionary technologies (ETs), possibly first advocated by Manfred Eigen, are deeply rooted in Darwin’s paradigm, and largely discard Kimura’s picture as not leading to constructive improvement. While commendable, ETs have so far only offered results of marginal importance, mostly based on slight improvements of pre-existing biological functionalities. ETs have not delivered the kind of dramatic functional innovation that arises from novel allostery, new cooperative and synergistic functions or novel functional regulation based on ephemeral protein complexation, the true hallmarks of organismic sophistication. By and large, the achievements of ETs are not all that impressive. Nature continues to outdo us and by an ample margin. This is partly so because Nature is as oblivious to Darwin’s discourse as birds are to ornithology. Real progress in ET will surely begin to emerge when scientists cease to regard Darwin’s natural selection with the fervor of a zealot and stop voluntarily confusing evolution with natural selection.

The exciting new ET that I and others dream of will require modulations of selection efficiency to open up the possibility of dramatic functional innovation of the kind that, paradoxically, random drift can bring about. Scientists are yet to incorporate selection inefficiency as a vehicle to enhance innovation. It is true, selection inefficiency is hard to digest and the cut-and-dry almost ascetic Neutral Theory of Evolution is no bedtime reading, while the Origin of Species is immediate seduction. Yet, only those who can blend in both sides of the story are likely to make true progress in evolutionary technology. 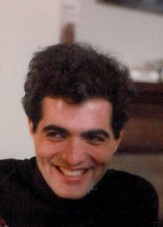